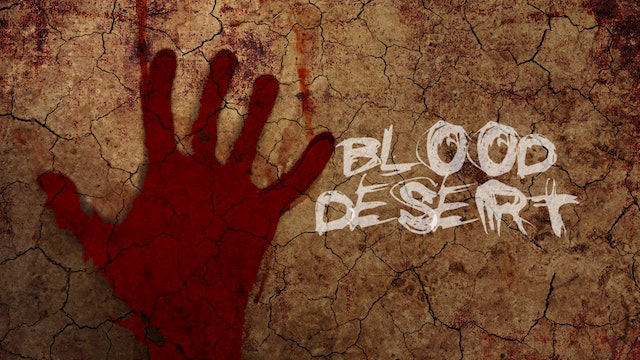 An ancient jinn takes over the minds and bodies of foreigners in the deserts of Arabia and drives them to murder each other. This horror movie was shot in the Kuwait-Saudi-Iraq neutral zone throughout 2004 and was lost to the sands of time - until now. Blood Desert: no one leaves it alive.

Right-click this and copy the link address.

Watch on your Television

Watch on your Computer